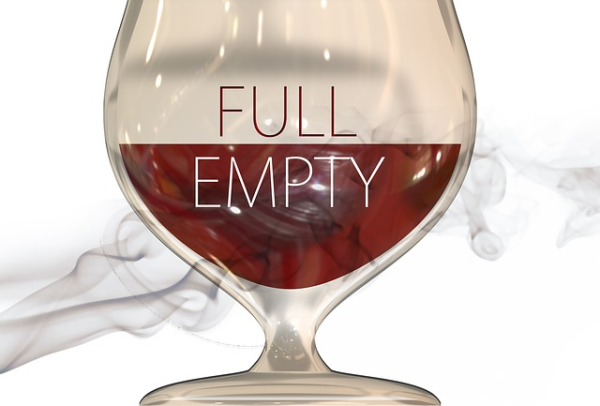 Attitude is the difference between seeing an opportunity instead of a challenge. It’s what makes you act instead of react. It turns a bad situation into a lesson, and it puts you squarely in control of your own life instead of being at the mercy of others.

It’s all in the way you look at things. I learned that first a coaching client, and later as a coach.

Every week, I would write down what had happened since our previous session. What had I

accomplished? What fell by the wayside – and why? What were my challenges? My opportunities?

It didn’t take long to realize that my challenges and problems were nothing more than opportunities in disguise. It’s incredibly empowering to make that a working part of your life.

There are very few circumstances as debilitating as feeling powerless, unable to grab hold of a situation and make it respond to you.

Powerlessness leads to inertia and depression. Action is the antidote to much of what ails us when we feel out of control, pushed around by people or events that we feel are beyond our ability to influence.

The key thing to remember is that while we may not be in control of certain situations – say, the price of gasoline or someone who is rude to you on the phone – we are most certainly in control of how we react to them.

Can you lower the cost of fuel? Not directly, perhaps, but you can take action to minimize the impact gasoline prices have on you. You can organize your errands so you’re not making unnecessary trips, make sure your car’s engine is running efficiently, buy a vehicle that gets better gas mileage, carpool, ride a bike and so on.

It may be more of a challenge to deal with the emotional backwash of someone who dumps on you, but you – and only you – are in charge of how that will affect you. You can get angry, embarrassed, resentful, irate, hostile, withdrawn, sulky, annoyed, guilty and the rest of the range of negative emotions.

Or you can choose to react differently: You can be understanding, forgiving, loving, open-minded, friendly and more.

Sound sappy? Maybe, but consider this. Which would you rather feel? If you have a choice between feeling bad and feeling good, which would you prefer? 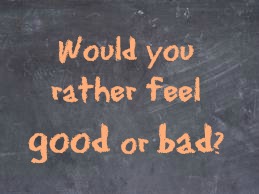 It’s hard to feel positive when someone is rude to you, but the truth is, you have no idea what prompted the rudeness. Almost certainly is has very little to do with you – you’re just the most convenient whipping post, even if something you’ve said or done triggers the unpleasant outburst.

Often, the more unexpected the attack, the less it has to do with you. Don’t take it personally!

I’ve been yelled at by people whose homes have burned down, who have had deaths in the family and who have lost their jobs. I was not responsible for any of those conditions, but I bore the brunt of their pain.

So consider: Maybe that the idiot who cuts you off in traffic is speeding to the hospital to be with a dying relative. Or maybe he truly is just an idiot – and if that’s the case, do you really want an idiot to be dictating your emotions and reactions? Is it worth it?

In every case, how you react to the people and events around you is entirely up to you.

Attitude is about choice. What’s yours?

Sign up to receive free e-newsletter and coaching tips

If you're ready to explore your options to get more out of life, call today to set up a complimentary coaching session.